Gooree Park’s red & black stripes have been synonymous with horse racing in Australia for decades. With numerous Group 1 Winners, the famous Gooree red & black has graced racetracks across the country for more than 40 years.

We are particularly proud of our long-standing partnerships with prominent racing trainers such as Gai Waterhouse, Anthony Cummings, and Anabelle Neasham, spanning three decades.  It is a testament to the caliber of thoroughbreds we breed and nurture that these partnerships continue to flourish.  We are also proud of our long-term affiliations with some of the nations’ most respected thoroughbred studs; including the historic Widden Stud at Denman, NSW,  Twin Hills Stud at Cootamundra, and Kooringal Stud at Wagga Wagga.

Some of Gooree’s most renowned stable of stallions over the years has included:

Of Gooree’s stallions, Northern Meteor stands out on his acheivements.  He produced 21 stakes winners and 39 stakes wins in his short time at stud; and was awarded leading First Season Sire in 2013.  Since his untimely passing, he has proven himself to be a sire of sires, having sired successful sires such as Zoustar, Deep Field, Shooting To Win, Fighting Sun, and Repartee.

More recently, Gooree Park has produced stallions such as:

Group 1 Champion, Your Song, who stood at Widden Stud until the end of the 2021 season, has returned to Gooree Park to stand at stud for the 2022 season.

As a tribute to our former thoroughbred champions, the wines within our premium range are named after notable Gooree Champions such as the Don Eduardo Cabernet Sauvignon, Don Eduardo Shiraz, Crowned Glory Chardonnay, and Crowned Glory Shiraz.  We also carry a limited release wine named after Gooree Park’s “War Horse” Desert War, who was the 2007 Horse of the Year. 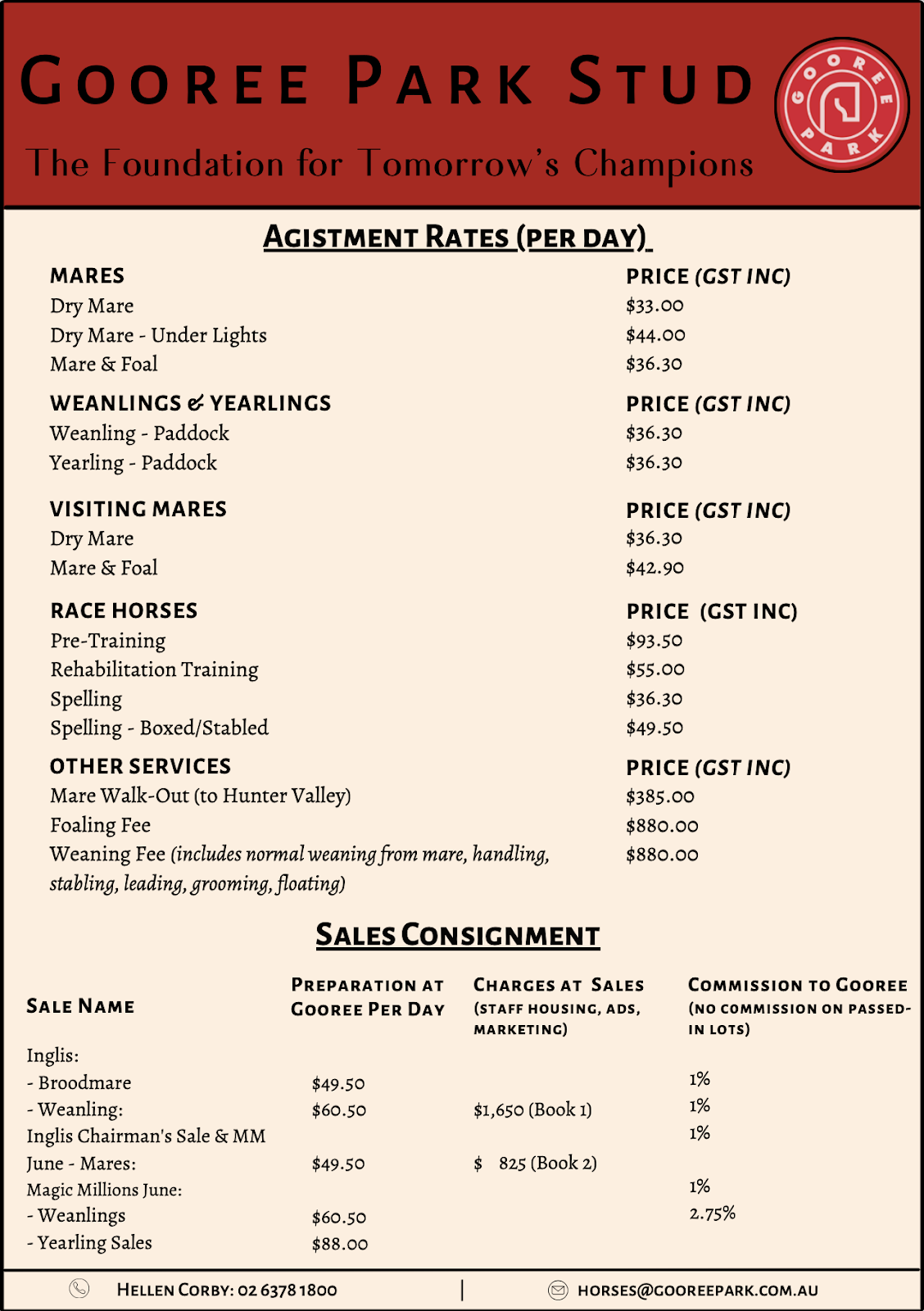